Teaming up with DHL - Dive Against Debris Month of Action!

September is Dive Against Debris month. A month that Project AWARE dedicates to the cleaning of beaches and coral reefs and encouraging people around the world to actively  contribute. Of course, this is something that Scuba Junkie is keen to support and be a part of. So we have had some hard working teams out collecting plastic, tins and various other forms of rubbish from our coral reefs and beaches. Not only this, but we teamed up with DHL as part of their initiative to clear visible debris and a desire to work on Project AWARE Dive Against Debris . The team came from around the world, and were simply a keen group of people who love diving and wanted to help make a difference. They got in touch with us, expressing an interest in conservation and environmental work. Once we had a clear view of their aims we were able to create a varied and interesting programme for them to get stuck into. Over the period that they were here they collected 190kg from underwater clean up and 860kg of waste during their Beach Cleans.

Dav one:
The group wanted to get involved straight away and so they headed off to Sibuan, a stunning island in the Tan Sakaran Marine Park, to begin their Beach and Reef cleans. They were accompanied by two of our truly dedicated Environmental Officers: Cat and Dave. The divers were fully briefed on how to safely and properly carry out these activities. Of course it is important to remove as much debris as possible from the coral reefs, but it is also important to protect yourself. Gloves where handed out so people could protect their hands from sharp glass and metal. Not only this, but it is possible that items of rubbish become a home to some small underwater critters - which necessitates making sure the plastic bags / glass bottles are empty before removing them from the water. In some cases it is actually more damaging to remove an item from the reef than to leave it there. If you encounter this whilst on your own reef clean, always check with someone experienced before removing an item you are unsure of. 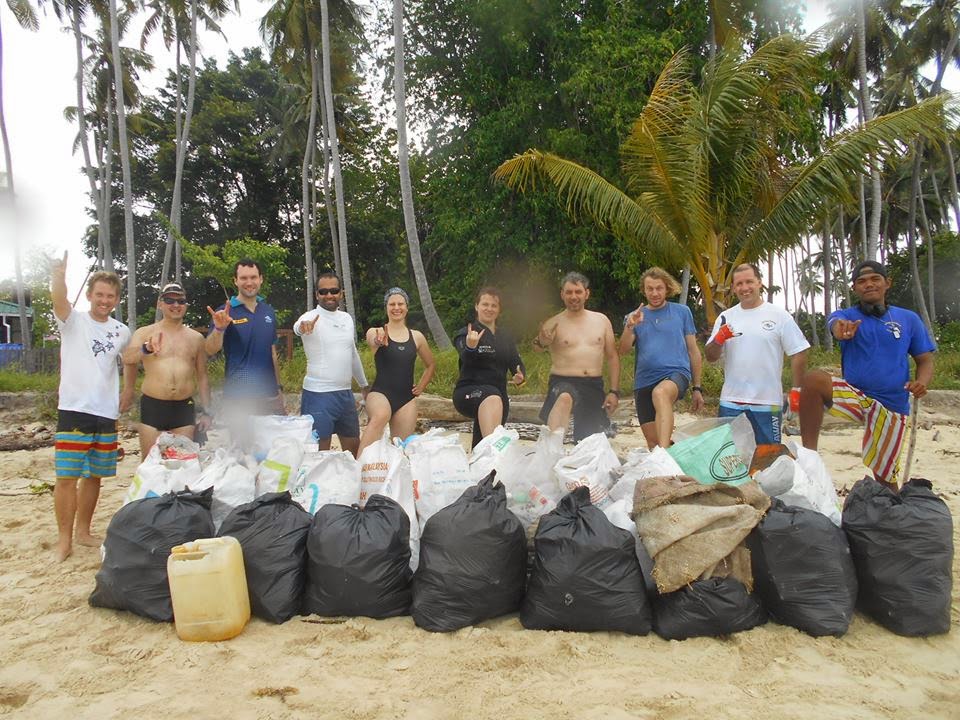 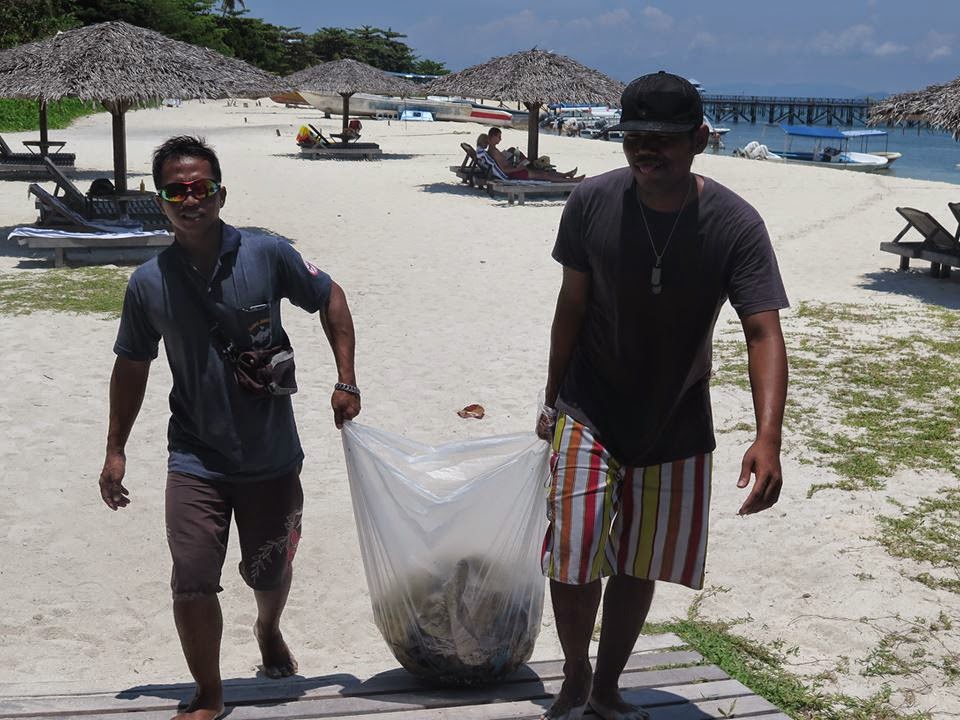 For their second day, the team from DHL were brought over to the  Mabul Beach Resort to focus their attentions on reef cleans around Pulau Mabul. Throughout the day they completed three dives, collecting over 80kg of rubbish! All of the debris that was removed from the ocean was then recorded. After each dive the group put all of the refuse together and recorded what exactly it was that is found in this area. This information is then sent onto Project AWARE, who use this information to build a clear picture of what trash actually is affecting the underwater environment.
The evening time brought a little time to let loose and Dave presented an entertaining Pub Quiz for everyone to get involved in. The entry fee was just 10RM per person and all the money raised will go straight into supporting the kids in the local community. In the past we have used such money to provide toothbrushes and toothpaste, fresh fruit and educational materials.  We raised an amazing 400RM and are extremely grateful to everyone who donated and took part.
Day Three:
The team was out in full force, once again getting stuck in to Reef Cleans around Pulau Mabul. Day 3 also brought some variety in the form of our Coral Transplant Project on the island. In the afternoon the dive and snorkelling team were helping collect coral fragments.  Live fragments of coral are delicately collected and brought over to our House Reef. Here they are attached to a structure in the hope that they can grow into a healthy and happy reef. You can find out more about our Coral Transplant project here: http://scubajunkiemalaysia.blogspot.com/2014/07/new-project-on-pulau-mabul.html 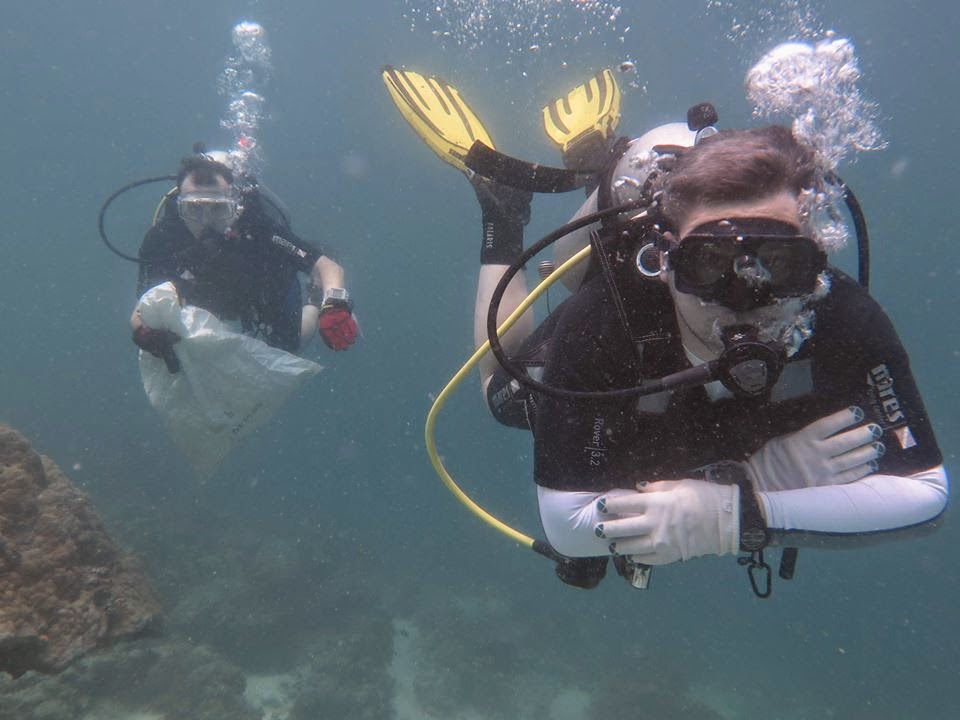 The evening brought Movie Night, a chance for everyone to relax a little bit. The projector was set up in the bar and we showed the fascinating documentary 'SharkWater'. This documentary follows Rob Stewart as he investigates sharks and the growing shark finning industry. The first part of this educates us on how the media has crucified sharks and portrayed them as man-eating machines. Which is, of course, a gross misconception. As the film progresses Rob journeys into the shark finning world, taking a look at the Cocos islands and the Galapagos, where he finds that corruption is rife. This dramatic and interesting documentary is a must-see! If you love sharks, or hate them, it's full of fascinating information about an extremely misunderstood animal. 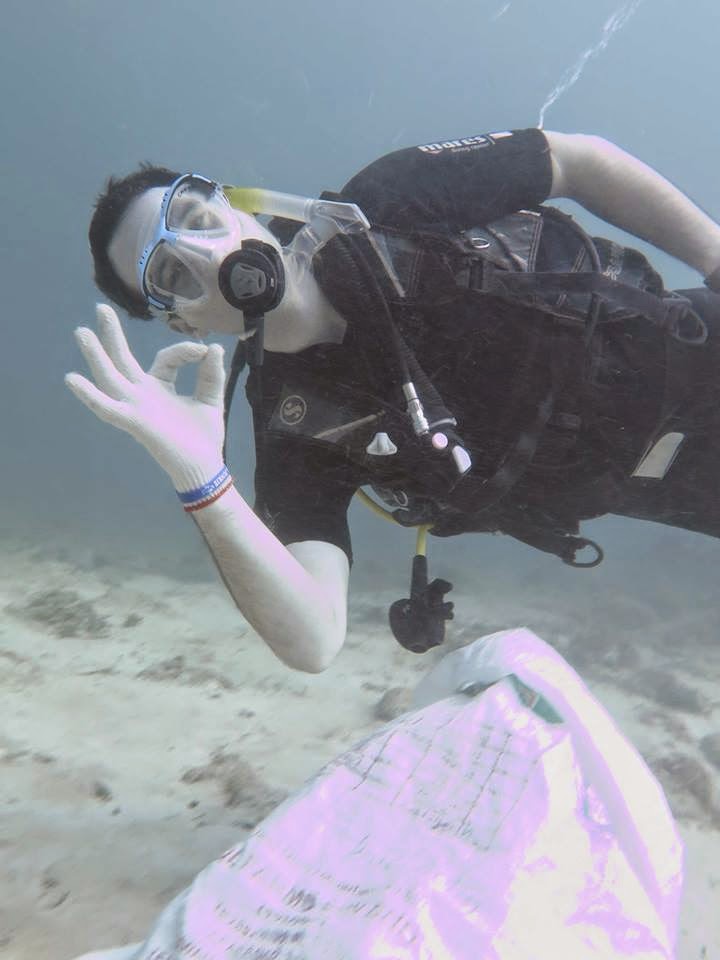 Days Four and Five: Over the last two days it was time for everyone to have a little break. Half of the group was treated to a day trip out to Pulau Sipadan. This world famous island is renowned for its incredible diving and snorkeling,  with the chance of seeing Reef Sharks, masses of Green Turtles, absolutely stunning corals and an amazing array of schooling fish.  The other half of the team stayed around Pulau Mabul as part of an Environment Day, taking part in a huge Beach Clean. In the afternoon they were treated to a wealth of information about the underwater life we see here. Dave gave them a hugely informative lecture about identifying species that we encounter in this area and  the coral reef system. The next day the two teams swapped so everyone could get the Environmental and the Sipadan experience.
In the evening it was time for a workshop. The group sat down with Dave and Cat and spent several hours discussing the waste management issues that they have seen in the area. They brain stormed proactive ideas on what solutions could be brought in to the area to help prevent debris from entering the water. All sides feel that these talks were extremely productive and we hope that some of the ideas that were presented can be put into action. 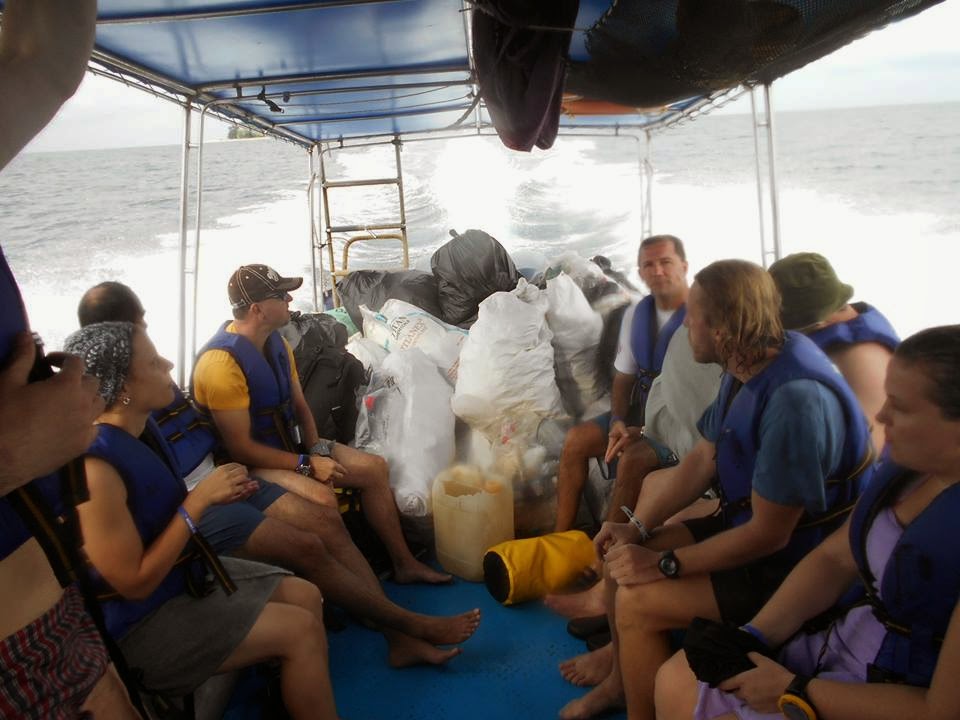 It was an extremely productive few days and we hope that the entire DHL Crew had a great time. A huge thank you to Hari, Michael, Frank, Ladi, Melanie, Brano, Petr and Paulo for all of the hard work and dedication they showed. It was a pleasure to have them contributing to the work that we do here. If you have an interest in environmental and conservation work then do not hesitate to get in touch: info@scuba-junkie.com 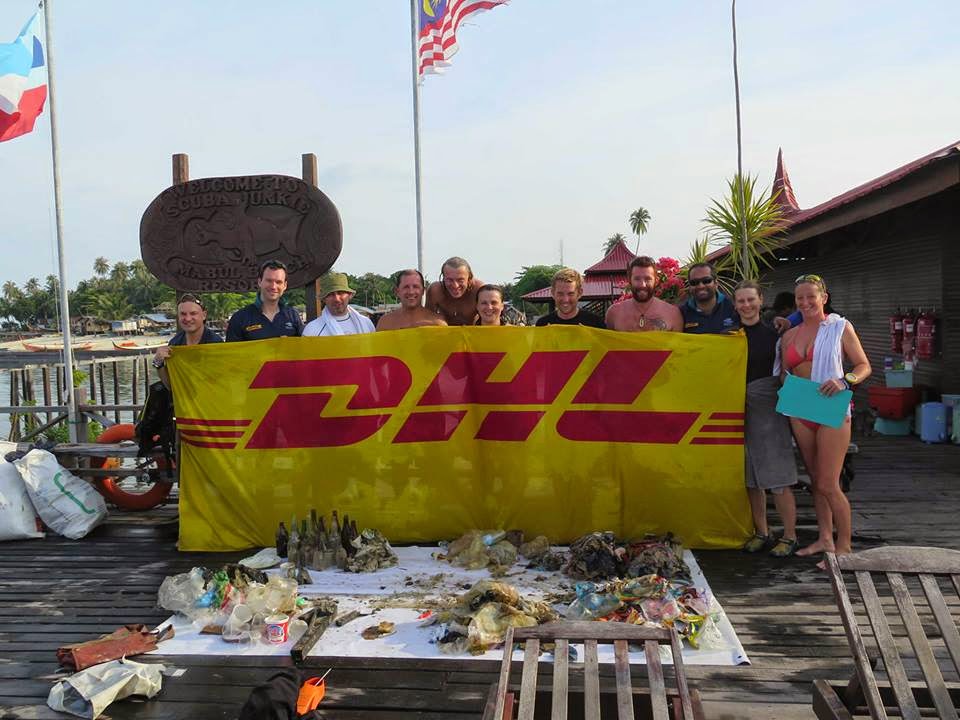 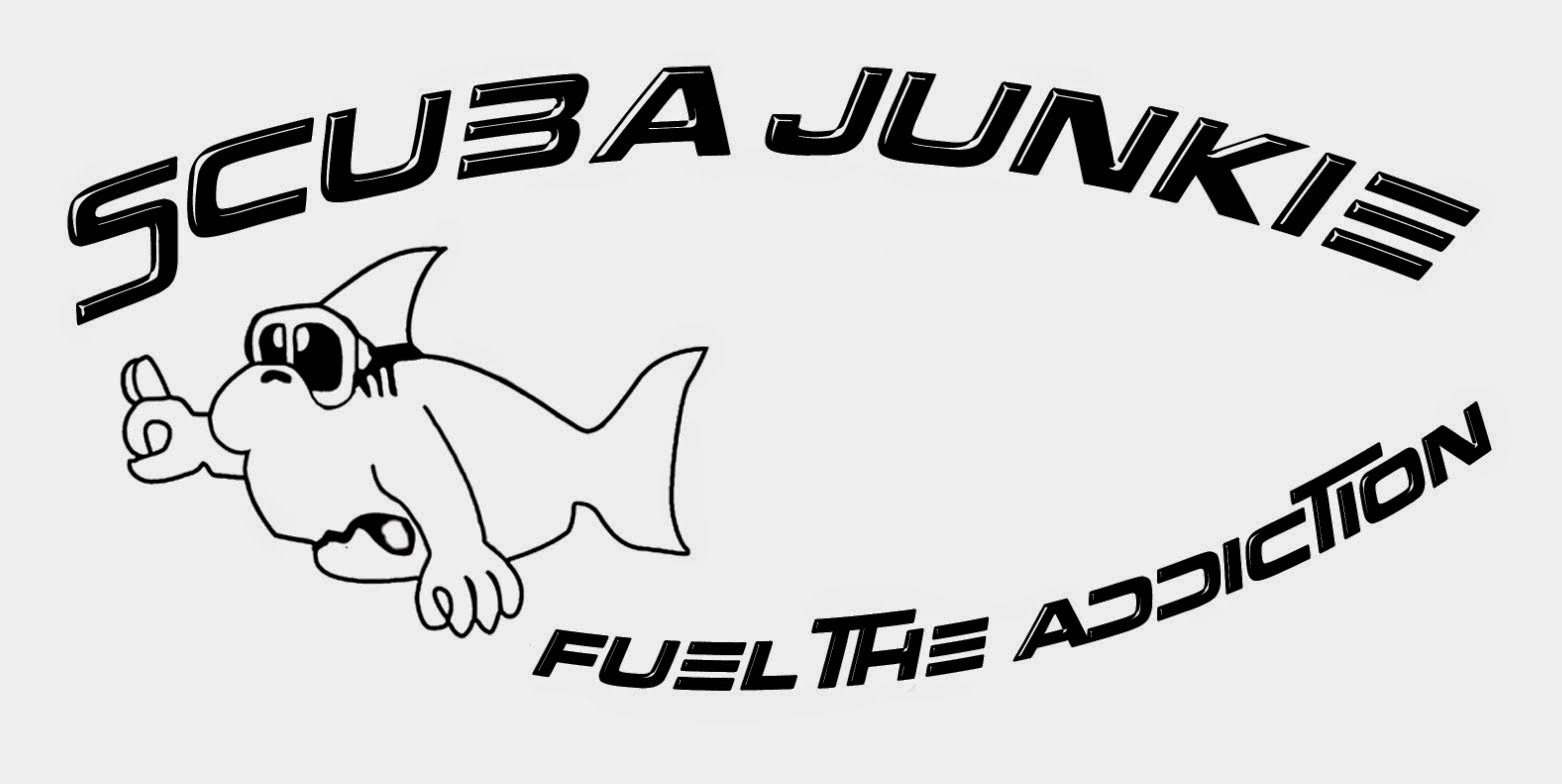 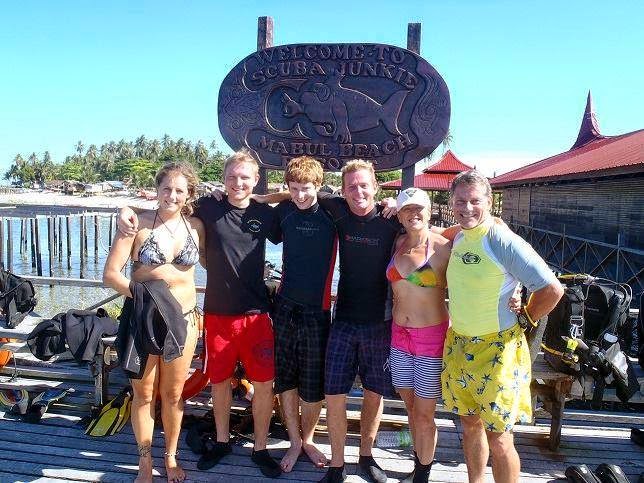